The Hass Land Index is used to measure the asking price changes of development land values in Nairobi and its satellite towns serving as an indicator of trends, shown as average asking price per acre. It covers 32 suburbs and towns and was introduced as at Quarter 4 2014 with data going back from December 2007. Property points now for 10 years focusing on Nairobi and its environs giving an area specific perspective, rather than Nationwide. It is well received each quarter by the press, property developers, governing bodies, financial institutions and importantly Kenyans wishing to build their own homes. It is an impartial indicator of the past and current Kenyan land market which Hass is committed to serve. 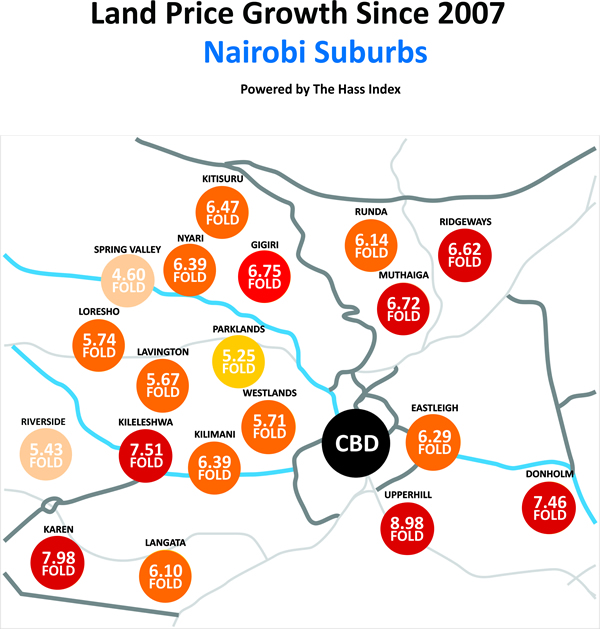 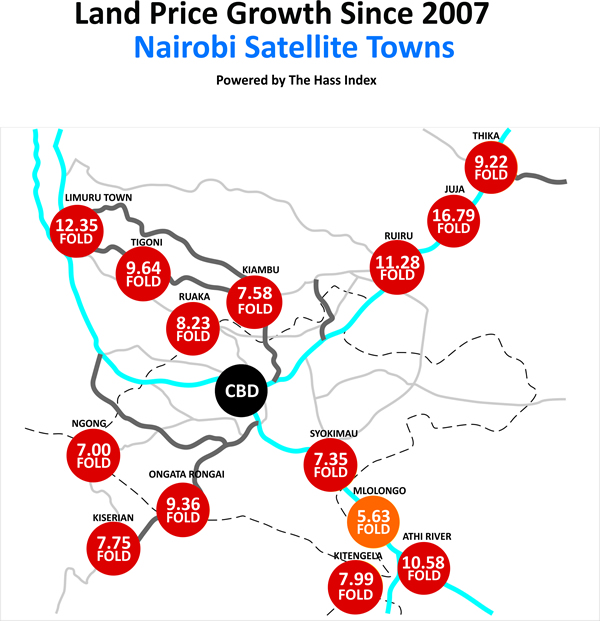